Space launch manufacturer, Orbex, has secured $24 million for a UK launch in a funding round led by BGF, the UK's most active investment company, and Octopus Ventures, one of the largest VCs in Europe.

BGF and Octopus Ventures have joined existing investors High-Tech Gründerfonds, Heartcore Capital and Elecnor S.A. - parent company of the multi-national space firm Deimos Space - in a new funding round for the orbital launch services company. The new investments secure the roadmap to the first launch from the Space Hub Sutherland spaceport in Scotland.

Orbex is an impressive UK company which is developing a strongly differentiated and innovative launch solution for the rapidly-growing small satellite market. In Europe, they are a recognized leader with an experienced team, substantial institutional support, a growing customer list and patented technology. The private space sector remains a key future industry for both Scottish and UK governments and we’re very excited to be backing one of the most compelling examples of this evolving sector,” said Keith Barclay, Investor at BGF.

Conceived and developed as an environmentally sustainable launch system, the Orbex Prime rocket uniquely uses bio-propane, a renewable biofuel that cuts CO2 emissions by 90% compared to traditional kerosene-based rocket fuels. Designed to be recoverable and re-usable, Orbex Prime is intended to leave no debris in the ocean or in orbit around the Earth. The company is constructing the rocket vehicle at factories in Forres, near Inverness in Scotland, and Copenhagen in Denmark.

“Orbex is creating a highly innovative launch solution that is rapidly gaining market traction with very serious customers. We’re delighted to be part of the future of the company and are very excited about what they’re looking to achieve, including the first ever vertical launches from UK soil,” said Simon King, Partner at Octopus Ventures.

Orbex has already confirmed six commercial satellite launch contracts, with the first launches expected in 2022. The company’s preferred launch site will be the Sutherland spaceport on the northernmost coast of Scotland, which was granted planning permission in mid-August 2020.

“This financing round is an important step forward for Orbex. It helps us maintain our rapid pace and allows us to move forward with certainty towards our first launch from the Sutherland spaceport. With BGF and Octopus Ventures we have found significant strategic partners who recognise our vision, and who have the capability to support our development through both the early flights and into subsequent growth and production,“ said Chris Larmour, Orbex CEO. 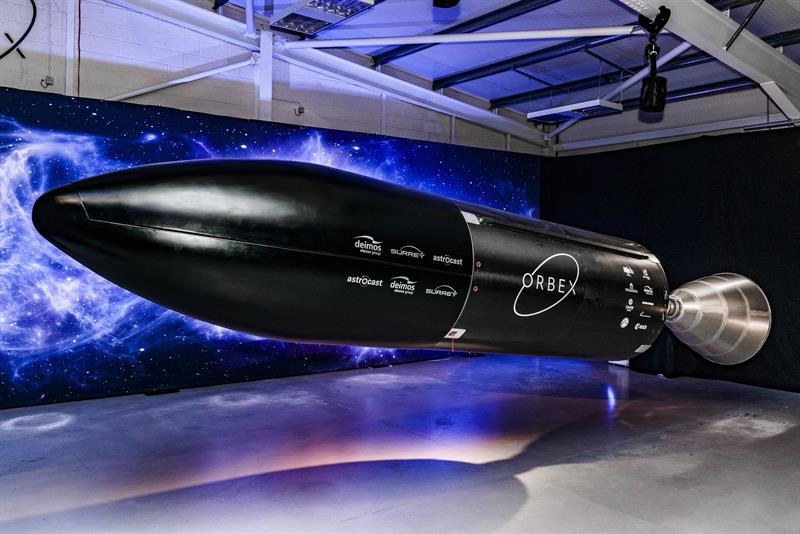 “We want the UK to be Europe’s leading destination for launching small satellites – driving economic growth in communities up and down the country,” said UK Science Minister Amanda Solloway. “Companies like Orbex are playing a vital role in the UK’s thriving commercial spaceflight market and today’s funding reflects the confidence that investors have in Orbex, helping to bring small satellite launch from Sutherland one step closer.”

The announcement by Orbex will bring significant new investment in high technology employment opportunities and large-scale production facilities in the Highlands region of Scotland, close to the launch site at the A’Mhoine peninsula in Sutherland. The A’Mhoine site was granted planning permission in August 2020 and is expected to begin construction in 2021.

“This is great for Forres, Moray and the Highlands and marks further strong progress for Orbex,” said Scottish Minister for Trade, Investment and Innovation Ivan McKee. “Our aim is for Scotland to secure a £4 billion slice of the global space market by 2030 - an ambitious but realistic target. The Scottish space sector has a unique selling point - using space as a force for good - designing lighter, more efficient rockets, developing clean burning and renewable fuel and using satellite data to combat climate change and promote scientific discovery. This investment will help Orbex take a significant step towards their goal of placing small satellites into orbit from Space Hub Sutherland, and help build an innovative new industry for Scotland’s economy.”

The funding round is completed by a €2.5 million grant from the European Horizon 2020 SME Instrument programme – the first for a UK space-sector company – to support the development of patented coaxial tanking technology. Orbex previously won £5.5 million in grant funding from the UK Space Agency’s Launch UK programme in 2018.

UK rocket manufacturer applies for licence to launch from Scotland

Orbex to launch the world's most sustainable rocket