At Pladis’ 50,000-square metre factory in Harlesden, West London, over 80 million biscuits are made each day. Keeping the lines running, then, is a major challenge.

This task falls on the shoulders of the plant’s Advanced Team Members (ATMs), who work on the shopfloor producing some of the country’s, and the world’s, favourite biscuits, from Rich Teas to chocolate HobNobs.

The ATMs are also given training in asset care and basic maintenance. In such a large site, an army of specialised engineers would just be too impractical and expensive to keep full-time, explains John Holland, Pladis’ training director. “The ATMs are trained in mechanical operations and asset care,” he says. “We’re also hoping to introduce electrical engineering in due course.”

The site uses a bespoke training programme, designed by MCP Consulting. “The idea is to get the ATMs competent in not just their own manufacturing roles, but also in doing changeovers and basic maintenance without needing an engineer,” says MCP’s Jim Lesser. “We offer practical, line-side training as part of planned on-site maintenance.” 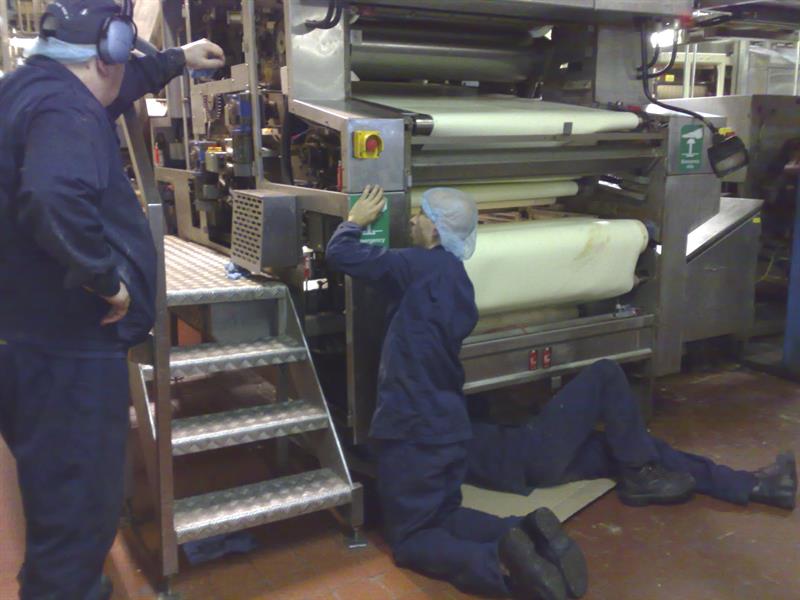 The training is formal, with a fully equipped workshop on site for the ATMs to use to hone their skills. “We have 40 nationalities working here,” says Holland. “We make a point, though, of doing all our training in English.” Assessment consists of a practical exam on the factory floor.

MCP’s training is streamed, with certain ATMs able to progress to certain levels or onto specific skills, as their talents allow. However, only the ATMs receive the MCP training, although Pladis have partnered with a local college to provide a Level 2 apprenticeship. “We’re using the Apprenticeship Levy,” says Holland. “It’s important that a company of our size does so, or we end up paying a load of money to get nothing back.”

As a further sign of the investment the company makes in its apprentices, all Pladis apprentices are sent on a six-week course in Birmingham, on food and beverage manufacturing. “We are very keen for our staff to be as skilled and knowledgeable as possible,” adds Holland.

One of the West Midlands' leading supporters of vocational learning has sadly passed away.