A trade body covering 200 manufacturers is urging the government to rethink their stance on the Trade Credit Reinsurance scheme or face damaging the industrial recovery.

The Confederation of British Metalforming (CBM) has been lobbying Whitehall to extend the support until the end of the year to help companies fighting back from Covid, but still at the mercy of rising material prices, paying back debt from the pandemic and coming to terms with the winding down and removal of furlough.

President Steve Morley (pictured) believes taking away this intervention will see many insurers simply remove credit insurance that covers thousands of manufacturers from the threat of bad debt at home and abroad.

Many of its members are already receiving emails telling them that they are no longer covered, despite the insurance sector promising the Government that they would ‘continue to work closely with policy holders and their clients to understand their insurance needs’.

“This is the biggest threat to industry’s recovery, it’s as simple that,” explained Steve, who has been involved in manufacturing for more than 30 years.

“There are lots of positive signs around volumes, new car model introductions and of course the emergence of the UK’s electrification industry. However, firms are still finding it really tough and they need protection against bad debts from their customers and their invoice discounting facility, which can be affected by the removal of credit insurance.”

He continued: “The Government scheme gave insurers the confidence to cover manufacturers and we are already seeing examples of these same insurers withdrawing cover now that the deadline of June 30th is approaching.

“We were told that we can’t get sector specific support, which seems crazy considering all of the rightful assistance retailers have received. It’s not a case of asking for handouts, just a level playing field that gives firms the opportunity to trade their way out of the recovery.” 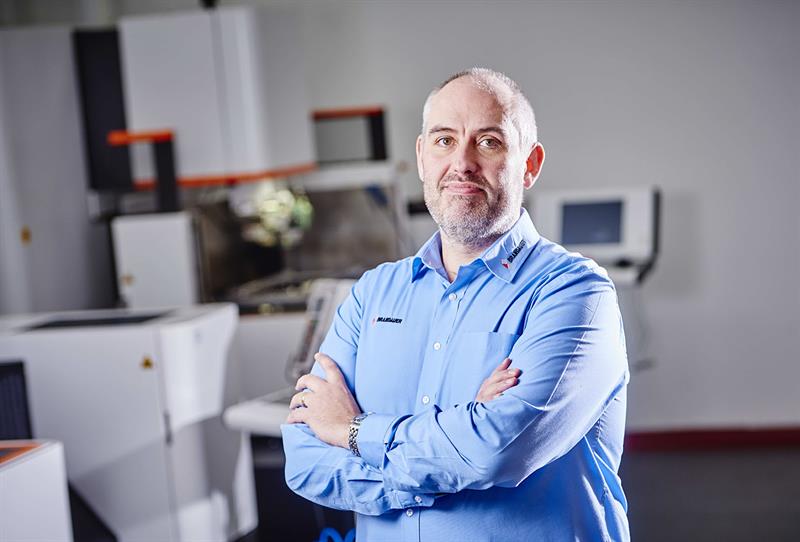 Rowan Crozier (pictured, left) is CEO of Brandauer, one of the UK’s leading metal pressings and stamping specialists. “The automotive supply chain has struggled to retain full cover even with existing Government support, so the removal of the scheme at the end of this month will put further pressure on an already strained sector.

“Cash is king and the absence of bridging cover will mean negotiating different terms with both customers and suppliers, resource many firms do not have when trying to contend with the demands of Covid-19 and Brexit paperwork.

“The Government has a few weeks to step back from what will be a massive mistake and maintain the Trade Credit Reinsurance scheme for the remainder of the year, keeping in place a vital tool that is helping industry navigate a volatile economic phase.”

Another Managing Director of a 200-year-old manufacturing business commented: “Mid-term output is looking strong for manufacturing, but, in the short-term, there is still a lot of supply chain disruption caused by Covid-19, particularly in the automotive sector with semi-conductor shortages and escalating material costs.

“Credit insurance constraints lead to a diversion of cash into working capital, which limits the opportunity to invest for the future and support the Government’s call to ‘build back better’.

“Manufacturers are long-term investors in their regions. Often the ones that are getting penalised now are those that have invested heavily in their businesses and their communities.

“Many are large employers. The credit insurers’ policy of pulling cover where a business is making a pre-tax loss often penalises those which have focused on investing for the long-term and therefore may have heavy depreciation charges.

“The Trade Credit Reinsurance scheme ensured manufacturers were given that additional cover in case customers fail to pay and means that supply chains can keep working.

“We urge the Government to reconsider and extend the support until the end of the year, giving industry a good solid six months of trading without disruption.”

Steve Morley concluded: “The cynics in our sector have already pointed out that insurance executives are not eligible for bonuses whilst being underpinned by HM Treasury, so there appears no appetite from the insurers to support our rallying call for an extension.

“There’s still time for Government to change their mind and give industry the breathing space it needs to complete its recovery.”

BASF Pharma (Callanish) Ltd is working with EJ Musk Process Services to deliver a seven-figure improvement at its Callanish plant on the Isle of ...

A new report published by Vodafone has found that the adoption of 5G could add as much as £6.3 billion to the value of the UK manufacturing industry ...